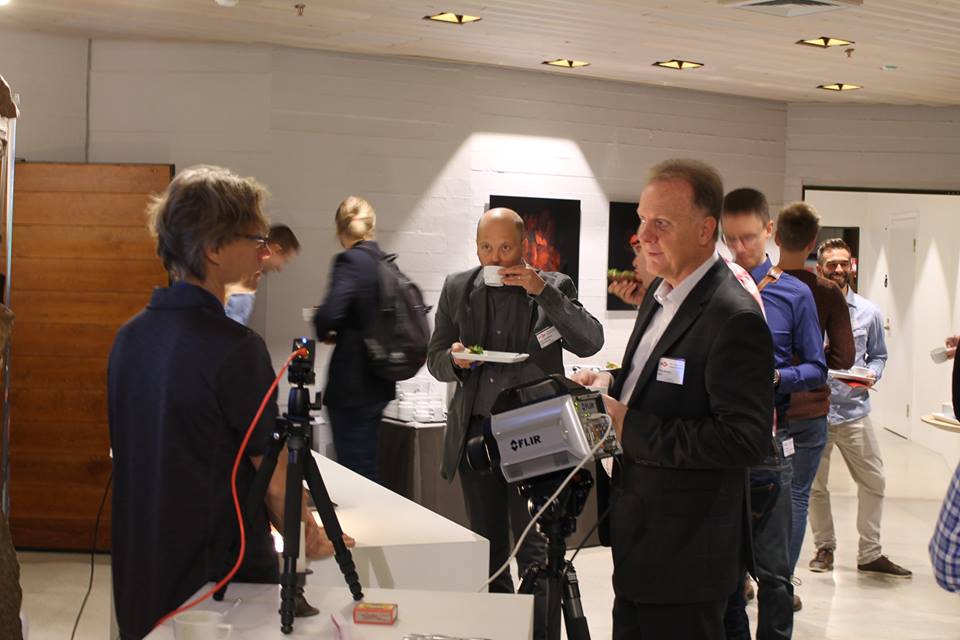 The theme for the day was ‘Resourceful industrial combustion: efficient, clean and safe’ – chosen to neatly tie-in with May’s IFRF Conference in Sheffield that was the focal point of IFRF’s 70th anniversary year.

Following a warm welcome to Espoo from Vesna Barisic of Sumitomo SHI FW (Chairperson of FFRC) which set the scene for this 9th biennial Flame Day, Philip Sharman (IFRF Director) highlighted the seven decades of pivotal research conducted by IFRF before focusing on its plans for the future.  FFRC – established in 1980 – has been a key member of the IFRF family for almost 40 of that 70-year history, and its eight industrial and six academic member organisations are amongst the most active of IFRF’s 123 member organisations.

The main keynote address of the morning was presented by Toni Pikkarainen of VTT Technical Research Centre of Finland Ltd on ‘Negative CO2 emissions by bioenergy with carbon capture and storage – why and how?’.  This presentation introduced a key strand of R&D currently underway in Finland on chemical looping combustion of biomass (‘bio-CLC’) as a very promising bioenergy with carbon capture and storage (‘BECCS’) technology potentially providing a negative emissions energy technologies (NETs) option – a very interesting new concept (and one which the author had not come across before) that was also explored in a number of the technical presentations in the parallel sessions later in the day.

The participants then had a choice of two parallel sessions on ‘Reaction kinetics & combustion chemistry (1)’ or ‘Solid fuel combustion’.  All papers stimulated good Q&A.

After a networking lunch – which also allowed time to interact (literally) with Flame Day exhibitor Infradex Oy, demonstrating their FLIR® infrared cameras to considerable interest – Sonja Enestam of Valmet Technologies Oy (FFRC Vice-Chair) announced the FFRC’s 2017 Poltto ja Palaminen (Incineration and Combustion) award for best MSc thesis. The award was presented to Felix Wikholm of Aalto University for his thesis on ‘Measuring fuel particle velocities in a pilot-scale CFB riser’, with Felix presenting a paper on this in a subsequent parallel session.  This was followed by a keynote address by Jukka Konttinen of Tampere University of Technology, who presented the recent findings from an FFRC-sponsored research study to identify and evaluate the different scientific and public views around bioenergy utilisation.  His presentation, ‘The importance and sustainability of bioenergy in Finland and globally’, examined six publications arguing for/against bioenergy, with arguments analysed and fact-checked, as well as examining the motivation and context of various widely-expounded media views on bioenergy.

A final plenary session heard the preliminary announcement of the (biennial) Nordic Flame Days 2019 (to be held at Åbo Akademi University, Turku, Finland, 28-29th August 2019), being organised by FFRC, the Swedish Flame Research Committee (SFRC) and the Scandinavian Nordic Section of the Combustion Institute.  Mohamed Magdeldin, Secretary of FFRC concluded the meeting before the delegates adjourned for a very sociable dinner.

All-in-all a very interesting and well-organised Flame Day.  What was immediately apparent to me as a visitor to this FFRC event was the range and depth of research underway in Finland (in both industry, research and academic organisations) – albeit much of it focused, understandably, on bioenergy resources, and the refreshingly youthful age and gender balance of the Finnish research community.

Enjoy our tweets and photos of IX Liekkipäivä