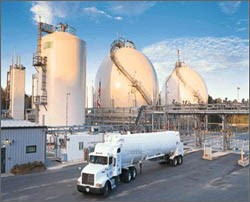 Where do we go from here?  In the drive to decarbonise our lives, the new IPCC report has changed the tone – and arguably the terms – of the climate change debate (see IFRF blog piece on 15th October).  Highlighting the need for drastic cuts in carbon on a tighter-than-ever timescale, it poses difficult, disturbing questions.  Above all, can we dramatically change the way we meet our energy needs?

Japan is one country that has already set its sights on a radical answer to the energy conundrum.  In the aftermath of the 2011 Fukushima disaster, its government made a commitment to build a ‘hydrogen society’ by 2050 – a top-to-toe transformation harnessing hydrogen-for-energy’s outstanding versatility (spanning stationary, mobile and energy storage applications) and excellent green credentials (producing zero emissions at point of use).

Generally, though, the idea of hydrogen-for-energy has been in something of the doldrums.   But recently it’s been climbing back up the agenda.  September’s declaration of support by EU energy ministers (see Patrick Lavery’s IFRF blog piece on 1st October) highlighted its huge decarbonising potential, while last year the Hydrogen Council estimated that a $2.5 trillion market could emerge globally by mid-century.  With business-as-usual simply not an option, hydrogen perhaps has an historic, never-to-be-repeated opportunity – surely music to the ears of the combustion industry…

But one key question is this: where is the hydrogen going to come from?  Let’s call it the hydrogen paradox.  It may be the simplest, most plentiful element in the universe, but there are no natural, pure supplies here on Earth.  If we want more of it, we’ll have to make it.

Today, worldwide hydrogen production totals around 55Mt/year.  Most serves as feedstock for established industrial processes such as ammonia manufacture – indeed, global experience in production, handling and distribution is cited as a major plus-point by those advocating an expanding role for hydrogen-for-energy.  But if hydrogen is even to begin to supersede fossil fuels in the energy mix, production must increase significantly – perhaps tenfold or more by 2050.  Industry’s surplus hydrogen and hydrogen-rich by-products will be nowhere near sufficient to plug the gap.

There’s no end of options for producing hydrogen.  The real challenge, in an energy-hungry, low-carbon age, is to manufacture enough hydrogen and to do it cleanly and cheaply enough.  Currently, the main means of production are steam-methane reforming (SMR) and water electrolysis (WE).  The first can (technically) utilise methane from any source; the second can (technically) utilise electricity from any source.  In both cases, though, the need to drive costs and carbon down and to drive efficiency and production capacity up provides a straitjacket striking right to the heart of the problem confronting hydrogen-for-energy.

Brown, grey, blue, green: hydrogen presents a kaleidoscope of alternatives to get to grips with.  ‘Brown’ hydrogen manufactured via SMR of fossil fuels currently accounts for almost all global production (with natural gas the feedstock for around half of this).  But the process generates large quantities of carbon dioxide (CO2) and the hydrogen is termed ‘grey’ if this is then released into the atmosphere.  At present, around 95% of all hydrogen manufactured worldwide is ‘grey’.

Using WE to produce hydrogen potentially offers a clean alternative as it only generates oxygen as a by-product.  But with WE, everything depends on the source of the electricity used.  If the source is renewable, such as wind or solar power, the resulting hydrogen is categorised as ‘green’.  Green hydrogen is undoubtedly on the up and is benefitting from a big global R&D push, such as the EU’s H2FUTURE project which has some heavyweight industrial companies on board.  But it’s still small beer.  Pilot schemes like REFHYNE – the world’s biggest hydrogen electrolysis plant, planned by a Shell-led consortium – are important steps but a rapid, radical leap forward isn’t within reach yet.

Indeed, green hydrogen poses plenty of challenges in terms of both costs and capacity.  In particular, taken in the context of an unprecedented global push to cut carbon, how realistic is it to envisage the availability of substantial ‘spare’ renewables-generated electricity to make a meaningful contribution to hydrogen production?

A more realistic answer – especially in the shorter term – may be to turn ‘brown’ to ‘blue’.  This means exploiting the ready availability of natural gas as an SMR feedstock but ensuring the CO2 is captured securely.  This carbon-neutral option could offer a cost-effective quick fix to the problem of capacity.  If it gains traction, blue hydrogen could also help pave the way for green hydrogen as and when enough renewables-generated electricity becomes available.

The viability of blue hydrogen, then, critically depends on preventing CO2 release to the atmosphere.  Potentially, this gives fresh impetus to carbon capture and storage (CCS) – another carbon-cutting option that has tended to tread water in recent years.  The fact is, of course, that CCS is the only technology proven to be capable of delivering big cuts in CO2 produced by fossil fuel use.  Certainly, embracing a new, blue heaven for hydrogen would require a shift in mind-set among both policymakers and the public.  Having been relentlessly lectured on the ‘dirtiness’ of fossil fuels, would they really be prepared to extend them a reprieve even if CCS evolves into a cost-effective decarbonisation pathway?

I’ll be returning to that topic later in this series.  For now, the point is that blue hydrogen and CCS are basically symbiotic: blue hydrogen can catalyse the need for CCS, while CCS can make blue hydrogen practical.  It’s even claimed that hydrogen-production-plus-CCS is potentially cheaper than renewables-based electrolysis.  Projects such as Europe’s ELEGANCY (hydrogen production with CCS) and the planned Hydrogen Energy Supply Chain (HESC) initiative could light the way; HESC, for instance, aims to transport liquefied hydrogen produced from brown-coal gasification from Australia to Japan, with CCS vital to scaling up the project to commercial levels.

Time for a reality check: today, worldwide, just four projects are in operation where hydrogen production is linked to geological CO2 storage.  Nevertheless, in the new, less comfortable world ushered in by the IPCC’s special report, is it possible – where both hydrogen-for-energy and CCS are concerned – to detect the first hint of change in the air?