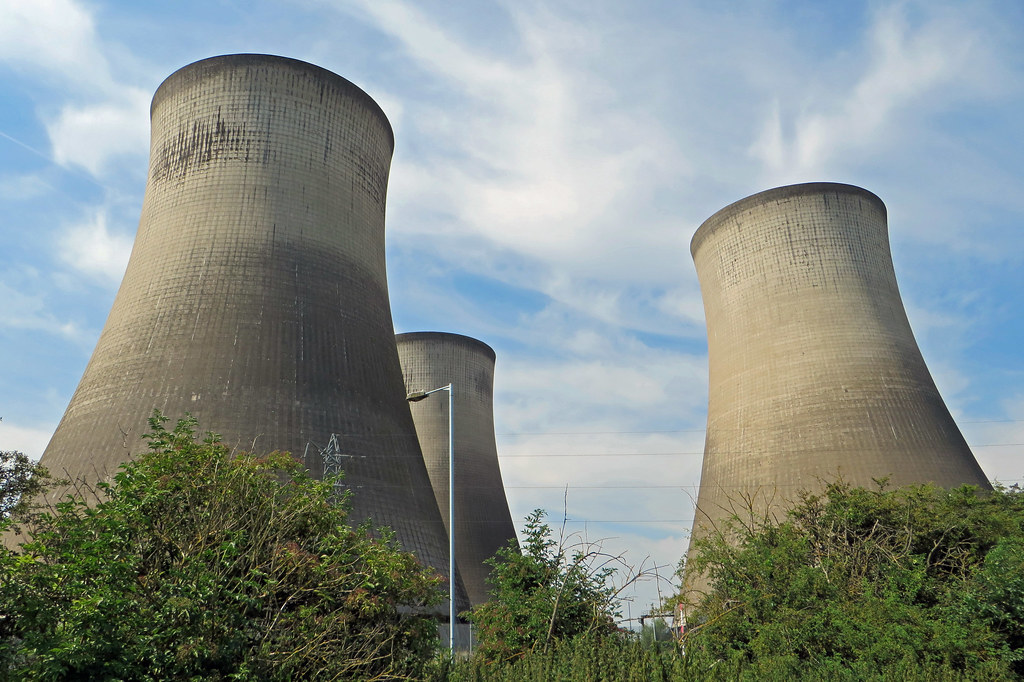 The demolition of the cooling towers of Didcot A Power Station in Oxfordshire, England, in mid-August has recalled the poetry that the plant inspired. Operating from 1970 to 2013, (with the first start-up and last shut down activated by the same man, Lyn Bowen), Didcot A was built at a disused military site, and in 2003 was voted Britain’s third worst eyesore. Not everyone say it that way, however. Poet Kit Wright, who published An Ode to Didcot Power Station in 2014, wrote that the cooling towers were “a marvel of the plain”, while for novelist Dame Marina Warner, they were “like the dark satanic mills [but with] a sort of incredible furious beauty”. As the BBC article concludes, the Oxfordshire skyline will never look the same again.