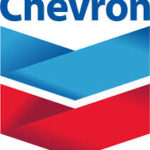 In further US carbon capture and storage news this week, Chevron and Schlumberger have withdrawn their application for a ‘negative emissions’ bioenergy with CCS project in central California, putting the project on hold while environmental regulators investigate. In late March, the US Environmental Protection Agency had written to the companies saying that their application was “substantially incomplete”, citing the failure to supply financial assurances, and also changes to the application itself. The two companies are to “”gather and evaluate project information.”

Interestingly, the Reuters report states that the Chevron/ Schlumberger permit was one of twelve withdrawn from the agency – presumably in relation to CCS – pointing to a possible structural hurdle in convincing the EPA of the environmental benefits of the technology, although it is clear the Biden administration is keen to promote it.

US DoE announces more than $2 billion in CCS funding